I am certified as a specialist in appellate law by the State Bar of California Board of Legal Specialization.

Since 1982, I have been litigating appeals and writs before the state and federal appellate courts.  I have been able to handle a wide spectrum of matters at the appellate level because of a broad background in the trial courts, where I handled cases in family law, personal injury and other civil litigation, probate and criminal defense. My trial practice included extensive law and motion work, including the bringing and defending motions for summary judgment. I am also a member of the State Bar of Oregon, where I do only appellate work.

My work in appeals and writs are marked by a passion for justice and fairness and an appreciation of the stimulation presented by legal argument and debate.  Recognizing how important it is to catch and hold the attention of busy appellate justices, I exercise special care to employ clear and focused writing in the briefs and petitions I prepare on behalf of clients.

The following are a few examples of issues presented in my work before appellate courts:
–whether a false statement labeling a person a Muslim “terrorist” can be subject to a qualified privilege despite the statement’s worldwide dissemination on the internet.
–whether limiting statutory “confidential” marriages exclusively to couples who cohabited out of wedlock violates the constitutionally based right to marry and frustrates protection of privacy rights.
–whether restrictive covenants in deeds prohibiting grantees from using land for business purposes were enforceable against a lumber company as mutual equitable servitudes. The lumber company, a subsequent grantee, sought to engage in commercial harvesting of timber in a heavily forested tract in San Mateo County.
–whether defendants in misdemeanor cases are entitled to be advised by the court of the right to appeal. (Illinois Supreme Court)
–does the “continuing violation” doctrine apply to claims for emotional distress arising from a sustained pattern of spousal abuse?
–whether a “998” offer to compromise in a personal injury case may be enforced where it appears that the offer was based on a desire to claim expert fees rather than on a genuine desire to settle the case.
–whether a writ of habeas corpus is the proper post-conviction remedy in a case where the defendant’s conviction was based on false evidence or exculpatory evidence that had been destroyed by the police.
–whether a trial court in a probate case employed the proper measure of damages in refusing to hold a trustee liable for breach of fiduciary duty.
–in a defamation case, whether the superintendent of a charter school is a “public figure,”  making unnecessary proof that the defamer acted with malice. 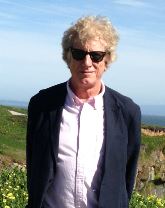